Or: Why we should lug around a string quartet in case of a romantic moment. 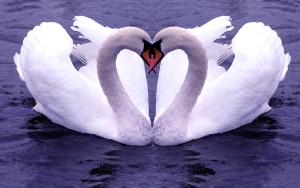 Last night, I watched Funny Face, starring Audrey Hepburn as a mousy bookseller turned model and Fred Astaire as the fashion photographer responsible for her makeover and fame. Though they spend much of the movie sparring about their disparate interests, they (oh so predictably) fall in love and perform some perfectly choreographed dances to display their love. Dancing is the only reason to fall for Fred Astaire, after all (especially since he’s almost 60 in this movie, and Audrey is definitely not).

The scene where Fred and Audrey first admit their love is as picture-perfect as Hollywood could make it. They are in Paris (of course), shooting a picture of Audrey in a beautiful wedding dress on the grounds of Versailles in front of what seems to be the most adorable church ever built. The sky is blue, the flowers are blooming, the stream is gurgling and suddenly the scene becomes gauzy and glowing with a dreamy, romantic light.

And, just as the music swells, a swan swims past. END_OF_DOCUMENT_TOKEN_TO_BE_REPLACED

On shapewear for men 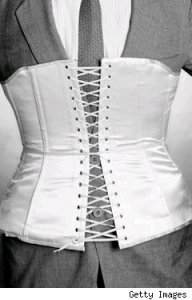 The New York Times ran an article the other day about the surprise retail triumph of shapewear for men. Spanx, the shapewear brand now ubiquitous for sucking in the tummies and thighs of even the skinniest celebrities, has introduced a line of undershirts meant to smooth out a man’s belly. According to the Times, the shirts are a huge hit.

When I first read the article, I was a bit bewildered by the concept. Why should men feel the need to suck and tuck? Aren’t women the only ones who have to care about unsightly bulging? That’s what the majority of women’s magazines say. Remember, this is the time of third wave feminism, where women can – and should, if convention be taken –  be intelligent, accomplished and fabulous, all at the same time. END_OF_DOCUMENT_TOKEN_TO_BE_REPLACED

Filed under Philosophizing, Strike a pose

In which we look at life after graduation 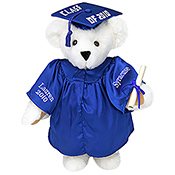 Yesterday marked graduation from my (undergraduate) alma mater, Washington University in St. Louis. To celebrate the occasion, some students formed a flash mob in front of the library. Good times. But those good times – that feeling of freedom – wears off eventually.

When I graduated from Wash. U. two years ago, I felt completely confident in my plans, unlike many of my fellow students, who were facing the void of life after college. I was going to graduate school in journalism – two more years to figure out what I was meant to do before being thrust into the real world. Grad school is a respite from reality, though a respite that made me sleep-deprived and hooked on caffeine. But two years goes a lot faster than you’d might think.

I have graduated from my Master’s program. I am officially a real person, so to speak. (Though an unemployed one.) And I am finally privy to the paralyzing uncertainty and fear many of my compatriots faced two years ago. Of course, they’re all employed now. (Bugger.} I have sent out numerous applications and inquiry letters. The only response I’ve had is from a national publication that told me, alas (yes, that word was used), all paid positions have been filled. And so I am stuck in limbo, waiting.